As I mentioned in my summary/end of hiatus post a while back, I wanted to collect a bunch of really great blog posts from over this summer and compile them, both for myself to read and others.  While I was reading everyone’s posts, it occurred to me that I could make this a regular/seasonal feature, where at the end of every season I recap the best posts and general happenings from around the blogosphere!

All of the posts and info this time were suggested by other people on my summary post earlier this month since I took a pretty long hiatus.  After this, we’ll see whether it’ll be better for me to randomly find posts, or to take suggestions from you guys.  I’m not gonna do wrap up posts any more, because I only post once a week, so this will potentially replace that.

Isla wrote a post on FANTASY APPRECIATION which was super awesome because fantasy is one of the best genres ever, and I loved hearing other people confirm

Keeping along with the genre trend, Ioana discussed CONTEMPORARY FAIRYTALE RETELLINGS and reviewed Geekerella.  I haven’t personally read anything in this genre, but she made a very persuasive argument, so I might need to pick one up

Samantha did a Top 10 Tuesday post about FICTIONAL CHARACTERS NAMED SAMANTHA, which I loved because I’ve read so many of them, and so I have faith that the rest are good recommendations also

Mikaela was super open in her post about BEING A DIVERSE READER, and what that means for her book selection. It was incredibly powerful just because of how much she put herself out there, so I would highly recommend the read

Savannah wrote a post on 2018 RELEASES SHE’S EXCITED FOR and got me equally as hype. Even though we still have such a long time before any of these actually come out, it’s never too early to add them to the TBR

Lia did a BOOK MASHUP TAG where she took a bunch of super popular YA books and mixed them together to create a new story, which is basically a fanfictioners dream, and will probably end up being inspiration that we’ll find all over the internet in a few years 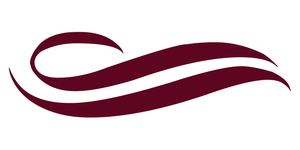 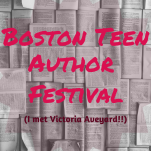 In this section, I’m hoping to find out a lot of interesting “stuff” that happened in the bookish community and basically summarize it for everyone who (like me) has wayyy too much trouble ever figuring out what’s going on at any given time and so sits there lost in a corner trying not to draw attention to themselves.  Sound dramatic? You try navigating book twitter when you missed out on the latest controversy…

So that’s all for my very first season review!! let me know what you think, if there’s any sections I should add for next time, or anything else generally interesting that I missed out on!

5 thoughts on “Recap: The Book Blogosphere in Review”